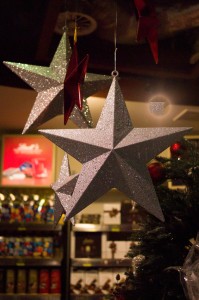 Not a very inspiring shot, but then Heathrow airport is far from inspiring. We arrived rather early, so I trotted into W H Smith to buy a camera comic – a traditional treat at the start of a holiday. On arriving at the till, the cashier with attitude demanded to see my boarding card. Now, in days of yore, you had to show your boarding card in duty free to check that you were actually entitled to buy goods duty free, but FFS for a magazine that is the same price as I would pay on the High Street? I asked the question “Why?”. “Because it’s company policy” came the reply “if I can’t scan your boarding card, you can’t have the magazine”. So this pointless argument continued. I don’t have a problem with her seeing my boarding card per se, I just wanted to know why she needed to see it. She failed miserably to answer the question, so I left empty-handed … well, I didn’t actually, because MisterMac offered to go back and get it for me. Bless him! Anyway, we arrived in Vienna some hours later and headed to one of our favourite eateries, where to my delight, the only Christmas decoration was an amazing nativity scene. Sadly, as the place is only candle-lit, the lighting was difficult. Even with the ISO on max and aperture at its widest, I was still getting an exposure of 1.5 seconds, so no pic of it tonight. I intend to return with flash or tripod and bag it again later in the week because it is utterly divine!