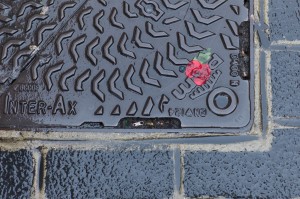 Yesterday I went to St James’s Park for the Remembrance Service and Parade and, as always, it was very emotional and moving. I didn’t want to spoil the mood by having a rant in yesterday’s blog post and I think Kipling’s poem was more appropriate to the mood of the day. Even though today was officially Armistice Day, the mood was not quite the same, so I can have my rant! For the second year running, I found myself in the vicinity of a group of tourists at 11.00 yesterday. The two gun salute to mark the start of the two-minute silence is clearly something of a novelty to them, to the point that they have to spend the next two minutes yakking away on their mobiles sharing their experience with friends and family. Then when their conversation is over, they ask you where they can find the Queen. Why don’t I say anything? Because they are usually bigger than me with bald heads, tattoos and menacing looks. So I just give them a Paddington Bear hard stare, which they totally ignore. Anyway, I have a few suggestions for the authorities: (a) How about a few signs in a variety of languages explaining that the key ingredient of the two-minute silence is … er …silence? (b) A jammer over the whole area that blocks mobile phone signals (this was a suggestion from fellow DVJ member, Mark, and one that I wholeheartedly endorse). End of rant.  Elsewhere, it’s been a lovely day – bit of judging, spot of lunch and lots of exciting plotting of future plans.