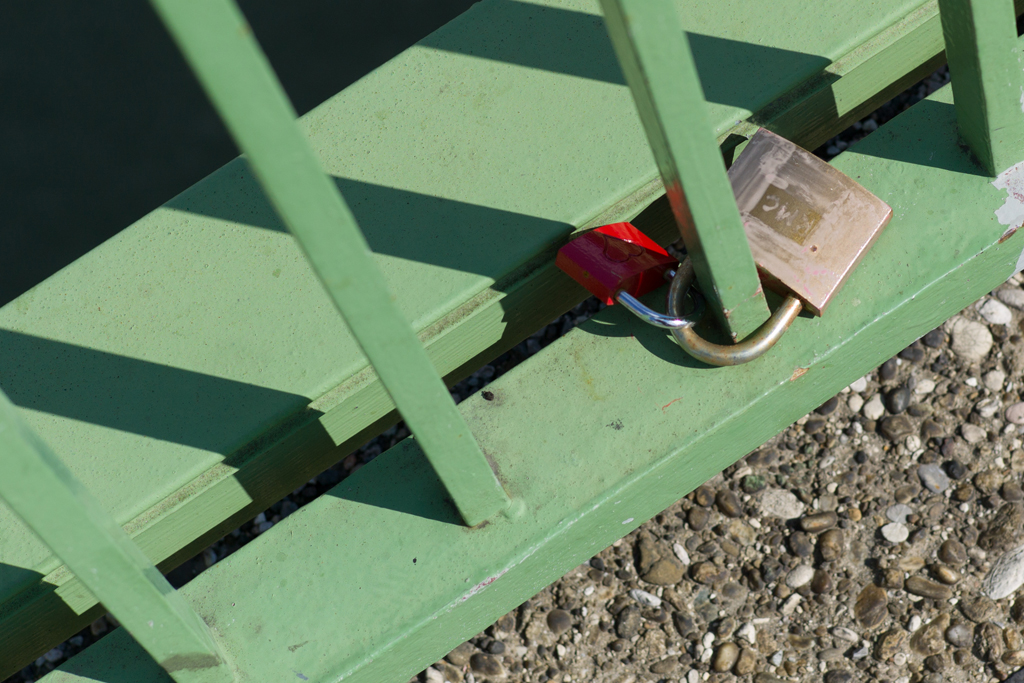 Vienna seems to have been a bit late coming to the eternity padlock party (unless I’ve missed it), but it has just arrived with five padlocks on the Marienbrücke. Couples carve their initials into a padlock (or two padlocks intertwined) and throw away the key as a symbol of their undying love. As padlocks come with two keys, I wonder if you throw them both away or tuck the spare in your back pocket for emergency use …  The Marienbrücke bridge is an odd choice of bridge, since it is rather uninteresting architecturally. I think I’d have been tempted to use the one off Vordere Zollamtsstrasse (pictured below) as featured in the fabulous film Before Sunrise. I’ll make a detour that way tomorrow and see if it’s also being used for padlocks and report back. Either way, I’ll monitor padlock progress with interest.

Edit 130713 to add:  I knew there was something not right about using that bridge and I realise now that it’s not the architecture … it’s the fact that there is no wire netting to put the padlocks on. They are just going to slide down the railings and amass in little heaps!